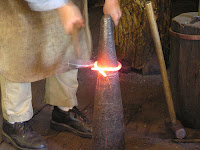 Time to talk about Organization. The first thing I do when I'm starting a business is to identify some goals, come up with some really rough guesstimate costs, and figure out what I want out of the deal and how to organize the deal. So here I go.

The goal is to provide Water, power, and internet infrastructure across the United States. Because we are plagued by the threat of Terrorism we should be prudent and technologically wise and spread out the infrastructure, as well as make it "self healing" (more to follow).

The Basic Design, in my mind for now, will consist of 8" schedule 80 pvc pipe for water, High voltage electrical line and probably a large bundle of Fiber optic cable for Internet all laid in a trench 14' deep or deeper. Obviously you can't mix water and high voltage cable so we may have to put the cable in sealed concrete pipe for now but that can be worked out at a later date by engineers.

Using the Internet and running some extraordinary rough numbers we are probably looking at 150 billion for water pipe and installation. The list price on the sch 80 is ll.30 a foot (do the math to get your feet, double the price for install and digging and tack on 25 billion for valves and gates and pumps.) For now we will simply assume the price for power is roughly the same as well as internet. So all told we are looking at 150*3 or 450 billion dollars. A lot, I know, but way the hell less than the bank bailout and at least we will be truly employing people, strengthening our national infrastructure, hedging against future disaster, and priming the pump on future economic growth.

That is the basic design idea. They say the way to eat an elephant is one bite at a time so we should stew on the design for a day with the associated pitfalls, problems, and challenges, and talk about organization.

Clearly, this can't be done by a private organization, way to much likelihood for corruption and out sized profits. It clearly, can't be done by the government, government in my opinion is typically good at 2 things, creating bureaucracy (which is somehow their way of creating jobs) and taking credit for things that work, which they typically had very little to do with.

So where does that leave us? A Charity. Yes, a good old fashioned 501 c3. The upside to a charity is that they can take full advantage of every government program under the sun to make the financing of this behemoth easier for the government to facilitate. In addition charities are less threatening for municipalities to work with and since this is a national project involving hundreds of municipalities this seems to be a wise course of action. Charities also must be more transparent in their accounting to maintain their status. There are quite a few other benefits that I won't go into now but will touch upon throughout the next few days and weeks.

I don't know anyone who can run this charity, handle construction, deal with municipalities, finances, etc. except me. I'm sure there are others out there better qualified, but for now I'm going with me in charge because it is easier and I know what I want out of the project and understand my motivations. I elect to pay me $100,000 a year to organize, administer and construct this project. Of course the charity will have to help with travel room and board at local motels (nothing extravagant we are a charity after all) but compensation for me or whomever is in charge will be $100,000.00, likewise for all working on the project this would be the ceiling at which they could be paid.

Part of the 450 billion needed to construct this project will be used to fund an annuity to pay for either all of it's maintenance over the years or a large portion of it. That annuity will then purchase municipal bonds to help the municipalities in this time of trouble. The management of the annuity along with the oversight on maintenance will also be done by me until a suitable replacement can be found and I will make $50,000.00 a year after all construction is complete to carry out those endeavors or likewise my successor would. For the years where there is some overlap I will simply make the $100,000.00.

I feel it is important to lay out 2 rough construction plans at this point for those reading to chew on.
1. We probably should do this in phases so as to minimize costs. Since I'm in charge I would recommend starting in the Southern Half of the United States for a few reasons. Energy production in the form of solar is likely to happen fairly quickly in the desert southwest, Texas etc. once the power lines are in place. The Southern half of the United States is having drought and needs water to continue economic expansion and a water line from east to west will begin to address that quickly. People get excited about a project once they see some success. If we start small and get it successful quickly people will likely be more supportive.

2. On the other hand doing it all at once and striking while the iron is hot is probably the best way to stimulate the overall economy by producing the most jobs at one time. Either way it is do able though challenging. I will address some of the challenges over the next few days and then start to dissect the costs in a more formal structured manner. Till later.
at January 21, 2009