Chastity: What Are the Limits?

Another great video from the church, this one about chastity.

For any children struggling with math there is a new player in town Kahn Academy. It is great. What a great resource.
at May 24, 2011 No comments:

Boy Being another Boy's legs-Very Touching

This was great, touching and inspiring. It is nice to know that there are great people being raised in the world.

This was a great video well done by the church. 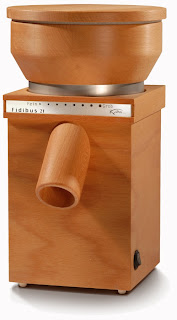 I have a favorite grain mill. I bought it about 3 months ago and it is awesome. It is quite, nothing to clean, let's me grind the grain on any setting from basically 1 crack to superfine. Great product.

It is the KO Mo grain mill. On some websites it is known as the Wolfgang grain mill. Big fan. relatively quiet. I just don't have enough nice things to say about it.
at May 24, 2011 No comments:

Email ThisBlogThis!Share to TwitterShare to FacebookShare to Pinterest
Labels: Kitchen Equipment and Ingredients

Bond market optimism should scare us

Bond market optimism should scare us

TODAY, Treasury reached its debt ceiling and began emergency manoeuvres to gain a few months before running out of borrowing room. Most everyone agrees that failure to raise the debt ceiling before that happens would be a calamity. Tim Geithner, the Treasury secretary, has just warned for the umpteenth time that it would lead to "catastrophic far-reaching damage", sending interest rates skyrocketing and unleashing chaos on the American economy and the financial system.

Oddly, one particularly influential group of observers isn't the slightest bit worried: the people who buy bonds. If they were worried America won't repay the principal and interest, they'd demand higher interest rates as compensation. In fact, the opposite has happened. In a little over a month, as the White House and Republicans have dug in over the issue, the yield on the 10-year Treasury bond has fallen to just 3.15% today from 3.6% a little over a month ago.

What seems nonsensical makes perfect, and worrying, sense if you understand how this debate is likely to play out.

First, yields have come down partly because the economy has failed to pick up momentum this year as widely expected. A slower-growing economy means less inflation pressure and a Federal Reserve that will wait longer before raising short-term interest rates from around zero.

Second, under what circumstances will the debt ceiling be raised? To happen before the deadline, that would almost certainly require Barack Obama and Republicans to agree to significant cuts in the deficit over the next 10 years. That would imply Treasury borrowing less than it otherwise would, which would mean lower interest rates, other things equal. It also means a weaker economy and short-term rates stuck at zero even longer. These forces would be multiplied if Republicans prevail and deeper cuts begin immediately, with no tax increases.

Now, what if the two sides can't agree, and Treasury hits the ceiling? Here's where it gets interesting. Treasury has said that it would be forced to default, without specifying on what: besides interest on our bonds, it could be Social Security cheques, Medicare and Medicaid payments, salaries to soldiers and civil servants, student loans, and so on.

Some people, most recently Stan Druckenmiller, a legendary hedge fund manager, have said a "technical default"—that is, a few days' delay in the payment of our interest while politicians negotiate—is no big deal. Maybe so for a buy and hold investor. But Treasury debt underpins a vast and complex web of financial relationships around the world which would all be thrown out of w...

Thanks Billy Bayne
Email William.bayne@gmail.com
at May 16, 2011 No comments:

Thanks Billy Bayne
Email William.bayne@gmail.com
at May 06, 2011 No comments:

Suppose that groceries were supplied in the same way as K-12 education. Residents of each county would pay taxes on their properties. Nearly half of those tax revenues would then be spent by government officials to build and operate supermarkets. Each family would be assigned to a particular supermarket according to its home address. And each family would get its weekly allotment of groceries—"for free"—from its neighborhood public supermarket.

No family would be permitted to get groceries from a public supermarket outside of its district. Fortunately, though, thanks to a Supreme Court decision, families would be free to shop at private supermarkets that charge directly for the groceries they offer. Private-supermarket families, however, would receive no reductions in their property taxes.

How could it be otherwise? Public supermarkets would have captive customers and revenues supplied not by customers but by the government. Of course they wouldn't organize themselves efficiently to meet customers' demands.

Responding to these failures, thoughtful souls would call for "supermarket choice" fueled by vouchers or tax credits. Those calls would be vigorously opposed by public-supermarket administrators and workers.

Opponents of supermarket choice would accuse its proponents of demonizing supermarket workers (who, after all, have no control over their customers' poor eating habits at home). Advocates of choice would also be accused of trying to deny ordinary families the food needed for survival. Su...

Thanks Billy Bayne
Email William.bayne@gmail.com
at May 05, 2011 No comments:

A little unnerving but I pretty much agree with his opinion.

An interview with Karen Roche of The Gold Report

Economic recovery? What economic recovery? Contrary to popular media reports, government economic reporting specialist and ShadowStats Editor John Williams reads between the government-economic-data lines. "The U.S. is really in the worst condition of any major economy or country in the world," he says. In this exclusive interview with The Gold Report, John concludes the nation is in the midst of a multiple-dip recession and headed for hyperinflation.

The Gold Report: Standard & Poor's (S&P) has given a warning to the U.S. government that it may downgrade its rating by 2013 if nothing is done to address the debt and deficit. What's the real impact of this announcement?

John Williams: S&P is noting the U.S. government's long-range fiscal problems. Generally, you'll find that the accounting for unfunded liabilities for Social Security, Medicare and other programs on a net-present-value (NPV) basis indicates total federal debt and obligations of about $75 trillion. That's 15 times the gross domestic product (GDP). The debt and obligations are increasing at a pace of about $5 trillion a year, which is neither sustainable nor containable. If the U.S. was a corporation on a parallel basis, it would be headed into bankruptcy rather quickly.

TGR: With the U.S. Treasury rated AAA, everything else is rated against that. But what if another AAA-rated entity is about to default?

JW: That's the problem that rating agencies will have if they start playing around with the U.S. ratin...

Who's afraid of a sinking greenback?

This writer misses the fact that the large reason our bond auctions have come off without a hitch and without the demand for a higher rate of return is because we are buying a tremendous amount of our own paper, in some instances 80+%.  Pull the Fed out of the market and things can get scary fast.

Who's afraid of a sinking greenback?

THE dollar has been falling:

Does this matter? Well, sure, it matters in some ways. A falling dollar is an important mechanism through which the American economy makes needed adjustments. It increases import prices, which could fuel inflation but which will also reduce import growth. Similarly, it makes American products cheaper abroad, which boosts American export industries. A declining dollar is a natural means through which America's trade imbalances are resolved, and it is the mirror of adjustments in large trading partners, where appreciation is the order of the day.

Long-term weakening of the dollar is also likely to accompany efforts to diversify global reserve holdings away from the greenback. Other countries don't like the fact that when it comes to global reserve currencies, the dollar is the biggest game in town. That lack of reserve portfolio diversification leaves countries like China, which holds large reserves of dollar assets, heavily exposed to movements in the greenback. The problem for these countries is that good alternatives are still lacking. The euro would be a natural reserve currency (and indeed, the hawkish ECB's decision to raise rates has boosted euro fortunes), but for questions about euro-zone stability. China would like its currency to play a bigger role, but that will require the Chinese government to dismantle many of the financial controls it currently uses to manage capital flows and the value of the yuan. This process will take time.

But still, it's quite natural to expect that dollar hegemony won't continue forever, and there's no reason to expect that this end will be catastrophic for the American economy. So why do so many financial writers act as though dollar decline is a scary thing?

One reason may be a misguided conflation of dollar strength and American power. But another issue is a worry about what Neil Irwin describes here:

If global investors suddenly lost confidence in the value of the dollar, they would demand higher interest rates to lend money to the U.S. government. That could make it more expensive for the government to continue financing its debts, aggravating the budget crisis further.

So, one quick point to make is that while the dollar has recently declined, American government-bond yields have been low, and quite often falling. Having said that, it's not impossible to imagine that dwindling confidence in the dollar could hit a tipping point, at which point ...