What needs to happen? 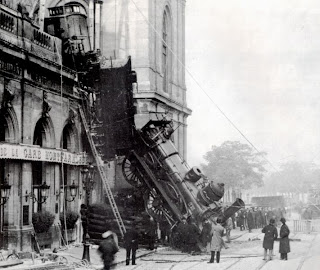 Wow, the news does not seem to be getting better. Tax credit syndicators are not able to sell tax credits, municipalities are not selling bonds, the market is stale with a lot of potential downside. It is a mess. I somehow feel it is the "deep breath" before the plunge. Maybe plunge is a bit strong but I don't see a lot of reason to hope things right themselves quickly.

It is funny, everyone, explains to me that people are shopping, their eating out, going to shows, sporting events, traveling; how can there be a recession. I wonder what the credit card debt is. You would think that if people were broke they would reign in spending but we have this tendency to not reign in spending even in dire circumstances. We will see how this will play out.

I was for the auto bail out. How do you lay off that many people and not cause massive collateral damage. In hindsight unfortunately that was probably a mistake. The US is simply to used to having their cake and eating it too. The auto companies are not going to make the painful decisions needed to fix their industry. The workers will get screwed ultimately, maybe not today or tomorrow but in the next few months to year it is becoming more and more likely.

It was funny listening to Barney Frank this morning get grilled about the financial bailout. He doesn't have the ability to execute the plan just to write it. Execution lies with the Treasury Secretary.

Well here are the facts. America is over-leveraged. The auto industry is non-competitive and doesn't seem to have a desire to get competitive in a hurry, people spend when they don't have money and we are actually on TV trying to make this more possible asking banks to be better about giving loans. Businesses are over-leveraged. Municipalities revenues are down because property taxes are in a free fall and people are at a higher than average risk of losing their jobs.

I watched a Saturday night live sketch where one of the actors, impersonating an economic advisor kept telling the actor news anchor to "Fix it". We just need to "Fix the economy." Obviously much easier said then done. I've posted in the past we could initiate massive infrastructure construction, but in light of the gross amount of bureaucracy and incompetence in the government that is just not a plausible solution.

The best idea is simply learn to adapt to the current conditions and make money in a down economy. We are going to have to come to terms with it going through its cycle and we are simply going to be in a "downturn" for some time. As soon as the government stops intervening I will jump back into the currencies. Until then It is other business options for me.
at January 06, 2009